When the surf is up, so are bodysurfing injuries 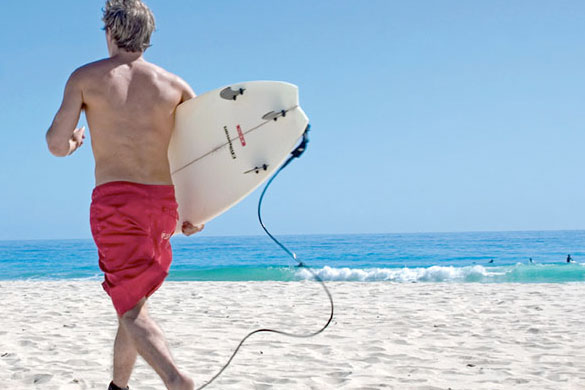 Dr Teresa Withers said Gold Coast's waves were a big drawcard for residents and visitors alike, but the unfortunate reality was the ocean had a hidden power that could change people’s lives.

There are certain times of the year that we see an increase in these types of injuries (cervical spine region, neck pain).

“These include when big swells are rolling in and holiday periods when there are more tourists and inexperienced swimmers in the water,” Dr Withers said.

“I find it interesting that a lot of people focus on the risk of shark attacks when they are more likely to be injured much closer to shore.”

“The most common injuries from surfboarding are lacerations to the face and head (319), followed by injuries to the lower limbs (143 sprains, 125 lacerations and 69 fractures).

“There were 82 complaints of neck pain, of which 13 had Câ€spine fractures,” Dr How said.

For bodysurfing, the most common presentation was neck pain (157); there were 27 Cspine fractures and four cord injuries without Câ€spine fracture.

Zero point nine per cent of surfboarders presented with thoracolumbar fractures, compared to 2.1% of bodysurfers.

“What this review found was that surfing has a unique spectrum of injuries depending on how it is done.

“The odds of presenting with a neck injury from bodysurfing are 7.9 times more likely than surfboarding so it would be a very good idea if the local authorities started providing some relevant educational information for visitors to the
Gold Coast, especially those who were going to get out on the waves,” Dr How said.