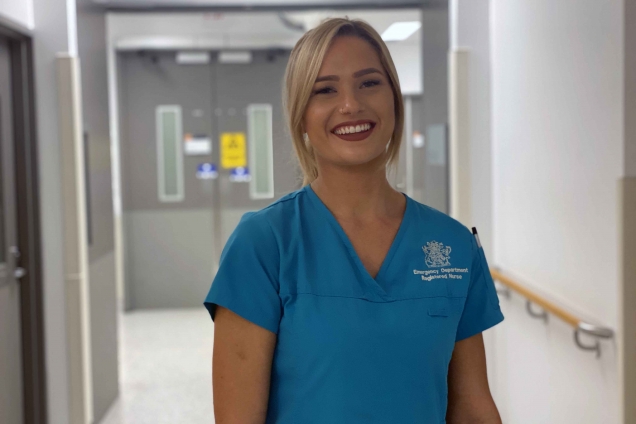 Gold Coast University Hospital welcomed some famous Korean actors who filmed scenes for a new drama series which will be watched by millions from next month.

The iconic architecture of the GCUH building and grounds, together with a state-of-the-art simulation room and Emergency Department nurse Brittany Horner, featured in the scenes.

Korean actor Eric Mun, actress Go Won-hee and a production crew and cast of about 60 people spent close to a week on the Gold Coast as they filmed parts of the new series called ‘Yoo Byul Na! Chef Mun’, to be broadcast on Korean network Channel A in early March.

The show charts the love story of a star chef and a fashion designer, who meet for the first time on the Gold Coast.

Gold Coast Health Operations Coordinator John Graham helped with the logistics of the international visit.
“It was quite different assisting a group with a language barrier. There were translators within the group which made it a little easier.

“It was also interesting to see how this particular group went about their business compared to other film shoots. The amount of equipment needed was a lot less compared to the last few that I have been involved with,” Mr Graham said.

“Most of the crew had never been to Australia before and were amazed at the size of the hospital site and the amount of parklands area at the back.

“They were very appreciative of us allowing them to film in and around the hospital,” John said.

The promotion has been supported by Tourism and Events Queensland in partnership with Tourism Australia, Destination Gold Coast and Jetstar Airways. It aims to entice more tourists to hop on board new Jetstar flights from Seoul.