Heed the underwater hazards on the Gold Coast this summer 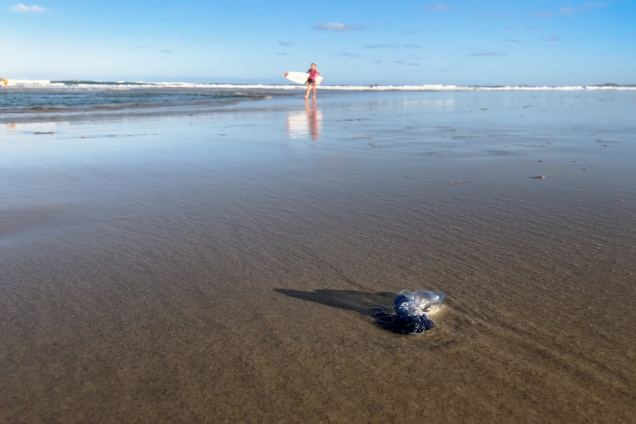 Gold Coast beach-goers are urged to be wary of poisonous creatures – from stingers to noxious fish – lurking beneath the waves this summer.

More than 100 people ended up in a Gold Coast hospital emergency department in 2019 suffering the toxic effects of contact with fish and other marine animals. Twenty-two were in January alone.

Dr Sanj Kulawickrama said the presentations included people stung by jellyfish or stingrays, bitten by sharks or other large fish, or cut by coral while swimming or diving.

“The Gold Coast boasts some of the best beaches in the world,” Dr Kulawickrama said.

“But like a lot of popular Australian beaches, it is also home to dangerous marine stingers.

“A sting from these creatures can make you very sick. They can cause severe pain and, in some cases, paralysis. People have died after being stung by box jellyfish and stingers that cause Irukandji syndrome.

“All marine stings should be treated seriously. The priority is to keep the patient stable and safe and seek medical advice if there is persistent pain.

“While beach-goers should be aware of stingers all-year round, we’re in the highest risk part of the season right now. It’s warm, many people are on holidays and the beaches are busy.”

The presentations included poisoning from ingestion of seafood (including ciguatera fish poisoning), bites by fish, sharks, stingrays and sea snakes, and contact with sea urchins and coral.

Queensland’s “stinger season” typically extends from November to the end of May but may start earlier or finish later.

“If you or anyone else is stung, seek medical aid immediately,” he said.

“Check the person’s level of consciousness and assess their airway, breathing and circulation and, if required, perform resuscitation.

“The wound should be immersed in warm water – about 45 deg C – for 20 minutes, unless the sting is by a box jellyfish – in that case, the wound should be doused liberally with vinegar for 30 seconds to neutralise the stinging cells.

“Applying a cold pack or ice in a dry plastic bag to relieve pain and inflammation. If the symptoms are severe or persist, call 000 – the person stung may need treatment in hospital.”

Dr Kulawickrama said preventing a sting was the best approach. He advised swimmers to wear protective clothing, always swim between the red and yellow flags at patrolled beaches or in stinger nets if available, and to avoid touching marine stingers washed ashore.

For more information on stings and other dangerous marine creatures.