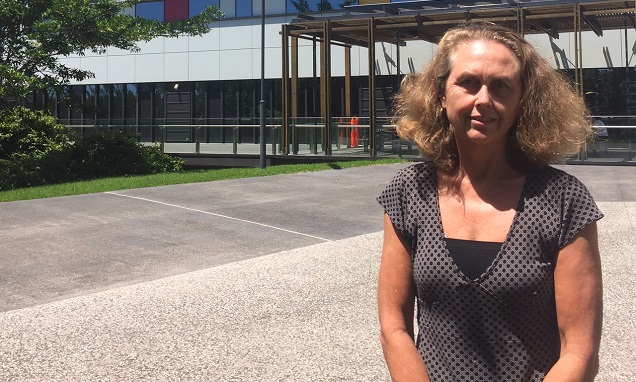 More than 500 Gold Coast Health staff have completed Domestic and Family Violence (DFV) Awareness training since the health service introduced the sessions in 2017.

The training is a direct result of recommendations from the ‘Not Now, Not Ever Queensland Taskforce’ report.

Health workers are well placed to identify victims of DFV and provide support and pathways for assistance. Gold Coast Health has experienced Social Workers placed in Emergency Departments and other areas of the health service while some Midwives and Nurses have also undergone training.

Gold Coast Health Domestic and Family Violence Coordinator Kym Tighe says while the impacts of DFV aren’t new to health workers, there is now more education and information available to them than ever before.

“We’re not just seeing increased presentations in our Emergency Departments but also among inpatients, on our wards and in community and mental health services,” Kym said.

“With 9000 staff, we have a big responsibility when it comes to DFV awareness and understanding.”

Gold Coast Health has placed significant emphasis on developing training and systems with a view to equipping a range of staff with the right information for use as staff and as community members.

Kym says remaining really relevant in the area is vital to the cause.

We've developed training that educates clinical and non-clinical staff on the issue," she said.

“This can be through online modules followed by either in-service training or more intensive half day ‘Train the Trainer’ sessions which provide education on recognising DFV, responding to disclosure using sensitive enquiry and referring to appropriate services," she said.

“It has been so pleasing to see people taking the initiative to get educated on this serious issue and I encourage more health workers to find out how they can benefit from the training and information on offer. It could make a big difference to someone else’s life.”

As part of Kym’s role, she also sits on the Gold Coast’s Integrated Response team which includes agencies such as Queensland Police Service and Department of Housing and belongs to the Domestic Violence Prevention Centre. She says the quality of that affiliation is making a real difference for victims.

“We have established relationships that are about trust and respect each other’s roles and at the centre of that is the woman and respecting her life and choices. We work really closely.”