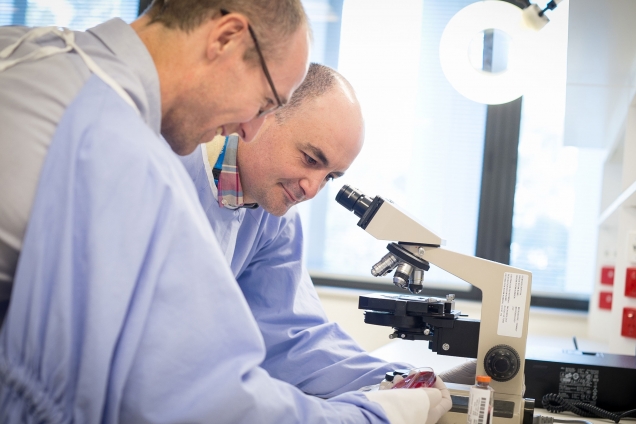 Her article appeared in the newspaper on 16 July edition.

When tests revealed four more Gold Coast ICU patients with infections caused by the bacteria, a callout to hospitals nationwide found another five cases – at the Prince Charles Hospital in Brisbane, Redcliffe and Canberra.

DNA sequencing of the bacteria by scientific sleuths at Pathology Queensland revealed all 11 cases were connected but more work was needed to uncover the source. Tests of saline and other medical products commonly given to the Gold Coast patients proved negative.

But after talking to a Gold Coast ICU doctor who had treated the infected patients, the outbreak was linked to a supposedly “sterile” ultrasound gel used to assist in the insertion of central lines.

All six Gold Coast patients had tested positive for the bacteria after having central lines inserted into blood vessels to allow medical staff to give fluids, medicines and nutrition.

Australia’s medicines regulator, the Therapeutic Goods Administration, acted swiftly to recall the imported gel soon after the Gold Coast discovery. About 2500 packets of the gel in hospitals nationwide were recalled on May 12, about six weeks after the first Gold Coast cases were identified and within hours of the outbreak’s source being discovered. All 11 Australian patients survived the infection.

Gold Coast University Hospital infection expert Ramon Shaban said the discovery had resulted in other countries, including the US, UK and Japan, recalling the contaminated product.

Pathology Queensland microbiologist Sam Maloney, who’s based on the Gold Coast, said blood infections caused by Burkholderia cenocepacia carried a death rate of up to 50 per cent.

He said he was proud of the Gold Coast team for being able to stop the outbreak at 11 documented patients Australia-wide.

“To me it’s quite a remarkable story,” Dr Maloney said.

“To put it in some context, in international reports of outbreaks with these environmental-type organisms, in the majority of them, the source isn’t found. When it is found, it usually takes several months, sometimes years.”

Professor Shaban and Dr Maloney said the outbreak highlighted the need for mandatory notification systems for bacterial infections which may help rapidly identify the source in future cases.