Gold Coasters reminded of the dangers of falls 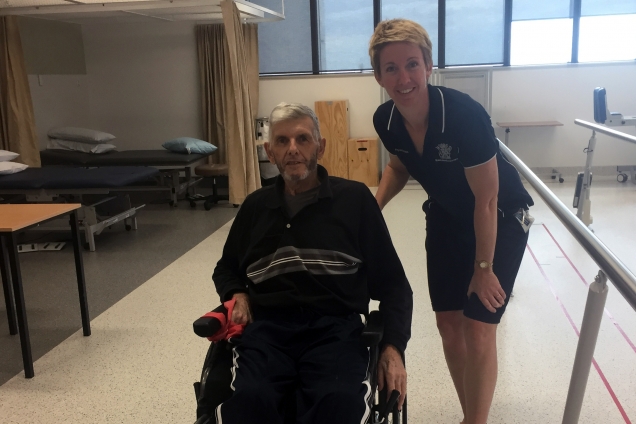 Gold Coast Health is joining an international campaign to curb the number of presentations to our emergency departments that result from falls.

With falls the fourth most common reason people present to our emergency departments, the April No Falls campaign aims to educate older people and their families on what they can do to prevent falling, which often leads to hospitalisation and a loss of independence and confidence for older people.

“In 2016, nearly one in three people who came to our emergency departments at Gold Coast University and Robina hospitals as a result of a fall was aged 65 and over.

“Of those older people, 69% were admitted to hospital with many undergoing rehabilitation with allied health experts to get them back on their feet. They are then often referred to our community services to continue their rehabilitation at home,” Professor Vonau said.

Falls in older people can be attributed to trips on raised obstacles such as rugs, cords or matts; slipping on wet or highly polished surfaces; tumbles and stumbles down stairs; falling off a ladder; falling over in a shopping centre or while using public transport.

Research shows that many falls among older people can be prevented.

Professor Vonau said the older people who invested in their strength and balance abilities could notice improvements in their enjoyment of life, mood, health, confidence and independence.

The theme of this year’s April No Falls month is ‘Stay strong, stay safe, stay on your feet’ and Gold Coast Health is encouraging the community to take steps to stay strong. Suggestions include:

From 24-28 April inpatients at GCUH and Robina Hospital will be delivered falls prevention messages on meal trays. There will also be free Tai Chi demonstrations.