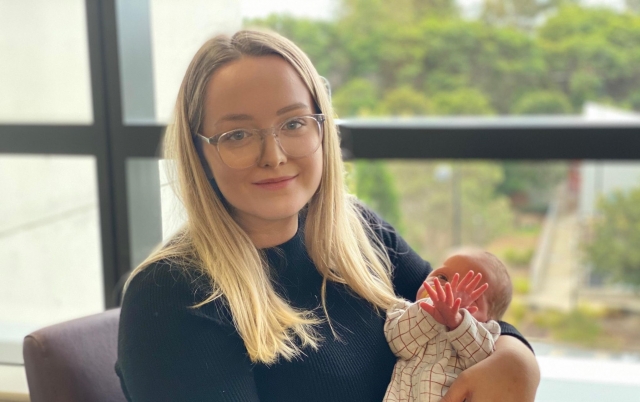 Isabel Palma-Norfolk and 'May baby' Leo

The tiny cries of hundreds of newborn babies echoed throughout Gold Coast University Hospital during May, with the hospital welcoming a record number of 534 babies into the world.

This is the first time the health service has hit over 500 babies, with May smashing the previous record of 499 in March.

“Typically, we expect to welcome 12 babies each day, but during May, we were lucky enough to help bring an average of seventeen babies into the world every day,” she said.

“While it was certainly busy, it’s also been really exciting. Being among the first people in the world to greet babies and to be part of that journey is just such an honour, and our staff wouldn’t change it for the world.”

Ms Stanton said May also saw a slight swing towards boy babies, with 280 boys and 254 girls and boys being born and 12 sets of twins.  She also said she couldn’t be sure what contributed to the higher-than-usual numbers in May, but she had her suspicions.

She said while there may have been more people snuggling up and so-called “lockdown” babies, we’ve also seen an increase in our population locally throughout the last year.

“We’ve got no real evidence of what has caused the increase, but I think COVID could have a large part to play in it in one way or another,” she said.

“I also think a lot of families are moving here, and more women are opting to have their babies here because we have some of the best facilities in Australia. It’s a great place to have your baby.

In 2020, Gold Coast University Hospital welcomed 5244 babies into the world.

So far, in 2021, 2430 babies have been born at the hospital with no signs of the numbers slowing down.