Five years of tertiary-level care on the Gold Coast 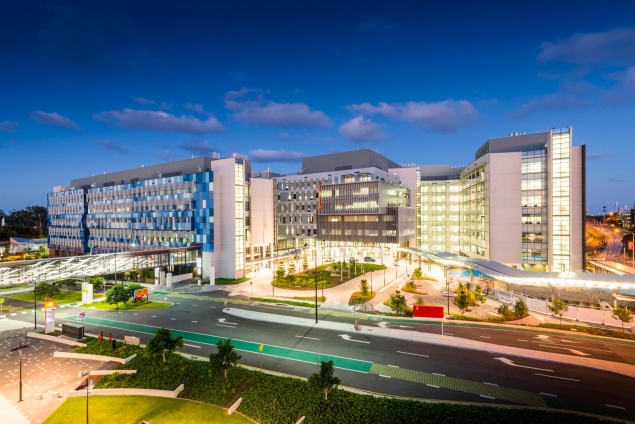 When the Gold Coast University Hospital welcomed its first patients five years ago, the move from the old Gold Coast Hospital was considered the biggest planned hospital move in Australia’s history, with 219 patients transferred by ambulance with military-like precision across two days.

The $1.76 billion, 750-bed facility first opened its doors on 28 September 2013 and saw 157 patients in through the purpose-built emergency department, welcomed nine new babies and had 284 inpatients.

Today, the hospital sees an average of 300 people in the emergency department every day, helps bring 14 babies into the world on average and at any one time has more than 90 per cent of funded inpatient beds occupied.

Chief Operations Officer Kimberley Pierce said the demand for the high quality, tertiary-level services available at GCUH has rarely abated in the past five years.

“When we opened the doors, we probably weren’t ready for the swift increase in demand that we experienced.

“We had new tertiary level services including a Neonatal Intensive Care Unit, which now allows us to care for babies born as young as 26 weeks, plus we could offer the Gold Coast community comprehensive cancer care, cardiac surgery, an internationally regarded trauma service, nuclear medicine and neuro-interventional radiology for stroke victims,” she said.

“In the past, we’d have to send critically ill trauma patients or patients with certain types of cancer to Brisbane for treatment – and now we’re able give them world-class treatment right here on the Coast.”

Some highlights of the past five years include: