Take the sting out of handling palm fronds 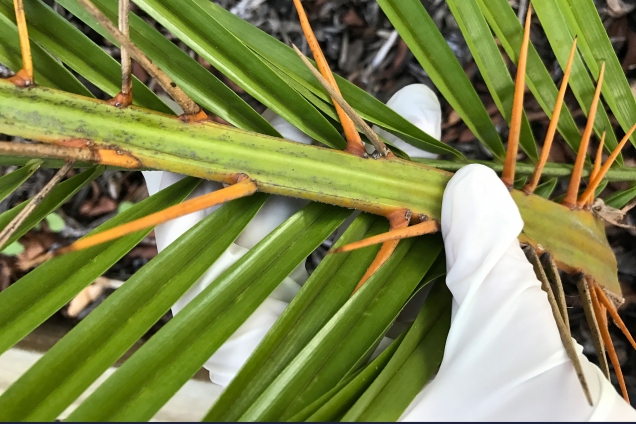 If you live on the Gold Coast, there’s a good chance you have palm trees in your garden.

As some Gold Coasters have learnt though, if you’re failing to protect your hands while handling palm fronds, there’s also a chance you’ll be injured and need medical attention for your wounds.

The possible health risks were highlighted by Gold Coast Health at the Annual Scientific Congress (ASC) of the Royal Australasian College of Surgeons (RACS) in Adelaide last month.

“During that time 45 palm frond injuries were identified. Of those, 40 were musculoskeletal and five were to the eye area.”

Dr Silva said 60 per cent of those injuries occurred while people were gardening and 35 per cent took place in the workplace.

“Palm fronds are very sharp and can easily penetrate the skin,” he said.

“That’s why we use Ultrasound to find retained fronds and any other foreign bodies.”

Dr Silva said palm frond injuries can be more complicated than they may first appear.

“In some of the cases we see, operative exploration under general anaesthetic is required.”

“There are instances where wounds have needed additional irrigation and drainage for flexor tenosynovitis which is a serious inflammation or infection of a tendon and its sheath.”

“We recommend the use of leather or latex coated gloves as well as protective glasses and boots for injury prevention,” he said.