From fashion to frontline 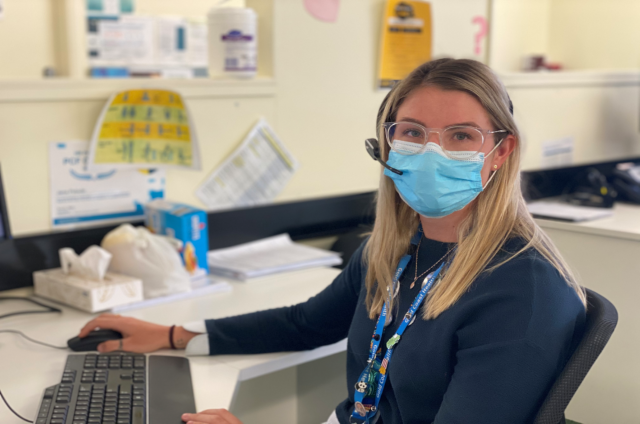 Tara Hawking was travelling the world as a fashion sales manager before COVID hit. She's now one of Gold Coast Public Health Unit’s contact tracers, working alongside others after a forced pandemic career change.

"One of the girls who started with me, she was a Qantas flight attendant, she did the LA route," Ms Hawking said.

"We've had people who were studying law; we obviously have ex-nurses coming back into the workforce. There's a range of people."

The contact tracing team may be from a diverse range of backgrounds, but they are united in their dedication to keeping the community safe by tracking down cases.

"I've helped keep all these other people safe.”

Tara is part of a larger COVID-19 response team helping save lives from an unassuming office her nicknamed the "fishbowl".

It's where contact tracers sift through hours of CCTV and mountains of data from epidemiologists.

"To contact trace 100 people, it literally takes about a team of 30 people all day," Ms Hawking said.

"You might hear of one case, but one case to us is a week of work.

"For me, it's interesting to hear people's stories. Initially, when all these people were coming back from overseas, you're having people come back from Madagascar and super random countries.

"Now, I think it's more investigatory; that's what I find more interesting."

Tara said the role was time-intensive work and often challenging with abusive phone calls, and people who obviously aren't telling the truth.

"We also get quite sad stories of people who have come from overseas or even come from interstate, so it's quite the roller-coaster of emotions,” she said.

The Gold Coast public health unit was the state's first to record a COVID case in January last year.