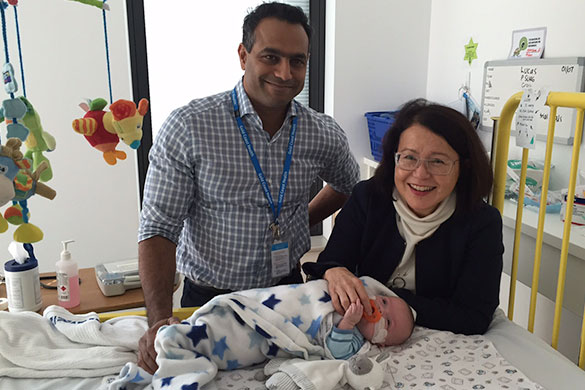 NADA Sudhakaran’s patients are so small he had to bring his own surgical instruments when he started at the Gold Coast University Hospital in January.

Dr Sudhakaran is one of two paediatric surgeons hired by the hospital in the past eight months. It is now one of the country’s few regional hospitals to boast a total of three paediatric surgeons, allowing more patients to be treated on the Gold Coast.

Dr Sudhakaran previously worked in London and Malaysia and made the decision to join Gold Coast Health for the challenge of working in a rapidly growing paediatrics unit.

“I do lot of keyhole surgery in children using a lot of fine instruments about a millimetre wide,” he said. “I brought them with me as they didn’t have a full set.”

Clinical Director and Paediatric Surgeon Dr Deborah Bailey said that in the past the hospital had regularly had to send babies to Brisbane for complex surgeries.

Dr Bailey said the expansion had prompted Brisbane hospitals to send some of their youngest patients here for treatment.

“For about 16 years I was the only paediatric surgeon between Brisbane and Newcastle,” she said.