Two cases of measles confirmed on the Gold Coast 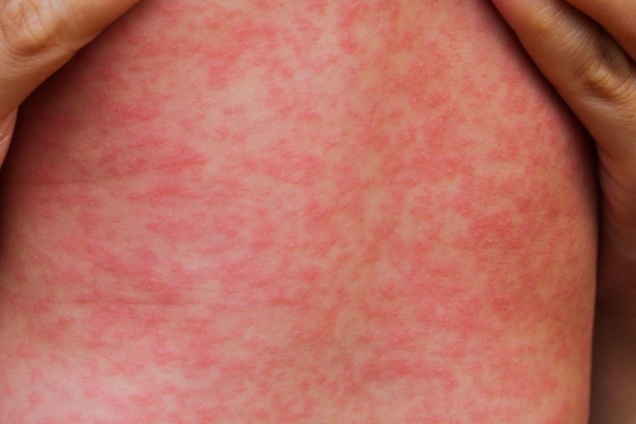 Measles, one of the most infectious of all communicable diseases, is spread by tiny droplets generated through coughing and sneezing.

The Gold Coast Public Health Unit is responding to two cases of measles involving two members of the same family.

Both people had contact with the Gold Coast and Logan Community while unknowingly infectious and visited the following locations:

The Public Health Unit is contacting individuals who may have been in contact with the infected people.

Gold Coast Health Director of Infectious Diseases Dr John Gerrard said anyone who at these locations at the noted times should be alert to symptoms until 25 August 2019 seek medical advice if they suspect they have measles.

“It is very important to call your local medical practice first if you think you might have measles so staff can take precautions to avoid spreading it to others,” said Dr Gerrard.

This is followed a few days later by a blotchy, red rash which often starts on the face and then becomes widespread over the body.

Measles can be a serious illness with complications including pneumonia and encephalitis which can be fatal.

Gold Coast Public Health recommends anyone born after 1965, who has not had two documented doses of measles, mumps, rubella (MMR) vaccine or had proven measles, to visit their local family doctor to get vaccinated for measles. The vaccine is free.

For more information on the measles virus visit the Queensland Health website or call 13 HEALTH (13 43 25 84).