Multivitamins for pregnancy - helpful or harmful? 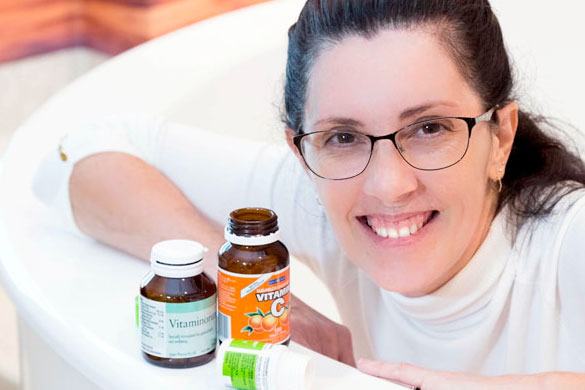 Multivitamins for women before, during and after pregnancy – are they helpful or harmful?

This is the question posed by new research from Gold Coast University Hospital midwife Janelle McAlpine that aims to explore vitamin use and educate reproductive aged women about their dietary needs.

Aiming to survey several thousand women from Queensland, the Griffith University PhD candidate said the goal of the study was to improve the information regarding multivitamins and enable women to make informed choices for themselves and their baby.

“Unfortunately there are a lot of misconceptions about multivitamins and supplements, with women often spending money on products don’t afford any real benefit, and may even be harmful,” said Ms McAlpine, who studies with Griffith’s Menzies Health Institute Queensland.

“This research will survey women on what multivitamins they take, as well aspects such as their general health, their food intake, and the influences on their food and supplement choices.

“For women who give birth, questions will also be asked on issues such as the birth weight of their baby and whether they laboured spontaneously. These are the sorts of things that we believe could be influenced by supplement usage but have never actually been thoroughly researched before.”

Ms McAlpine highlights statistics showing that there is the same rate of the pregnancy condition pre-eclampsia as there is in developing countries.

“We also see that the likelihood of pre-term birth is comparable between developed and developing countries. Thirty-five out of every 100 babies that die worldwide do so because they are born too early, regardless of where they live. This is another unfortunate fact and one which could be influenced by the appropriate use of supplements.”

Ms McAlpine said the data gathered from the Griffith study will also be extending to other communities such as that in the Northern Territory.

“We haven’t previously had a great deal of data that could be used to compare between cultures such as Indigenous and international communities, so this will be useful in forming the next stage of this research.”

Women may access this research via the mybodymybaby.com.au website. Supported by the Gold Coast University Hospital, the website has been developed by Ms McAlpine and provides a wide range of information regarding women’s health, pregnancy and birth as well as features to help women track their nutrient intake and dietary requirements.